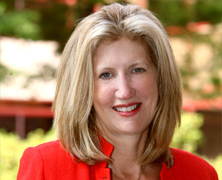 Work hard and smart. Treat everyone like they are the CEO.

Mysteries; I read a lot, always for pleasure.

One of my biggest career moves was taking role that might have been perceived by others as a dead end. I was working for a national group benefits provider as an account manager, when the company announced that it was seeking a buyer for its health care division. Then, I was offered the chance to be a regional sales manager in the division that was for sale.

There were risks associated with the role. I wasn’t sure when the division would be sold, and the promotion would mean my family and I had to move from Atlanta to Southern California. After weighing the risks, I accepted the role because I recognized it was a leadership opportunity that wouldn’t come around often. Regional leadership roles are limited in number. So, opportunities to lead a sales region can be few and far between. I thought I might never get this type of leadership role again. So, I took it.

About 18 months later, the division was sold and I was searching for a new job. However, that regional sales experience propelled my career forward. It helped me land my next role as a regional vice president, overseeing 17 southeastern states for a national health insurance provider.

Later, I returned to the group benefits provider that first gave me that big leadership opportunity. Over several years, I was promoted nine times—each time, assuming greater responsibilities until I was president of group insurance for that insurer. I would never have gotten where I am at The Hartford, without that first big leap into a leadership role.

On Finding Success and Staying Competitive
As a senior leader, I need to be a chameleon. I am adapting all the time to different circumstances and people, in order to be successful and to help my company be successful. The ability to adapt is critical.

What I really enjoy now is working with U.S. Paralympic athletes we sponsor. These Olympic-level athletes with physical disabilities are constantly adapting—facing new competitors, updating their training, or competing in new environments. They do this by focusing on their abilities—what they can do, not their limitations—and on winning. That inspires me.

Lori’s Advice to Young Women Starting Careers
Sometimes you need to take a risk to move your career forward. Deciding on whether a new job or career move is a good risk for you is a very personal decision, with a lot of factors to consider. Sometimes, I have made a decision about a job based on what was best for my family; sometimes I’ve gone for what’s best for my career. My advice is this: Don’t wait for a decision to be made for you. Take action. Do it on your own terms.