“All you have to do is open the doors and let them walk through.”

This is my response to questions I get about what it will take for women to reach the highest ranks of American business. No special favors. No unique programs. Just open the doors. In my classes at Harvard Business School, which are fifty percent female (well above the school average of 38 percent), the overall performance of females and males is equivalent. The interactions between the genders are completely natural, as the females bring a great sense of passion, openness, and insight to the classroom. The women are clear that they don’t want any special privileges, nor do they expect to have to jump over higher hurdles. A level playing field is all they seek.

The good news is that we don’t have to wait for these future female stars to reach the top. As this issue of Profiles in Diversity Journal illustrates so well, there are a large number of talented women on the verge of reaching the highest ranks of american business. After supporting women in business for the past forty years in their struggles to gain acceptance and advance in male-dominated environments, I find it very gratifying to see so many extraordinary female leaders having a very positive impact on the leadership of american companies.

Some people think the “glass ceiling” is still intact. They believe that women don’t have a chance to reach the top, because they are viewed by males as either too aggressive or too meek. Not anymore. These days, the invisible ceiling has been shattered into thousands of little pieces.

To be fair to the skeptics, they may not know such extraordinary females as Meg Whitman, Marilyn Nelson, Anne Mulcahy, Andrea Jung, Indra Nooyi, Irene Rosenfeld, Paula Rosput Reynolds, or Brenda Barnes—and many others like them. These superstars of the business world have not only risen to the top of major corporations but are setting new standards for exceptional performance. In succeeding so spectacularly, they are paving the way for this next group of 108 rising stars, as selected by Profiles in Diversity Journal.

Let me be clear about the rise of talented women: gender equity is not just an issue of fairness. Much more important are the better leadership and superior performance that result from having more women in senior executive roles. In a decade where failed leaders have become all too common, how could any rational person exclude half of the eligible population from taking on important leadership roles? Only an organization prepared to enter into long-term decline would do so. In the future, the highest performing organizations will be those who attract the most talented leaders, female and male.

“I am asserting that the rise of female leaders is enhancing the leadership of organizations for both males and females, and improving their long-term performance.”

American business needs all the talented leaders we can develop to be competitive in the global world. These 108 females have plenty of talent, certainly equal to their male counterparts. They are bringing a deep sense of passion, compassion, and empathy to the workplace, as well as exceptional abilities to empower people throughout their organization—precisely the qualities needed for organizations to succeed in the 21st century.

Note that I am not suggesting that this approach to leadership is the unique province of females. The most successful male leaders these days exhibit similar leadership styles. Rather, I am asserting that the rise of female leaders is enhancing the leadership of organizations for both males and females, and improving their long-term performance. Let’s look at a few examples of star female leaders who have already reached the top of america’s greatest corporations:

This spring Mulcahy was named “CEO of the year” by CEO Magazine, a recognition that was timely and well-earned. Mulcahy took over the reins at Xerox in 2000, when the corporation was facing a liquidity crisis and possible bankruptcy. With $18 billion in debt, a rapidly declining stock price, and a major investigation by the SEC, Xerox was on the verge of collapse. Instead of going to wall street, Mulcahy focused her energies on regaining customer confidence and building the morale of her organization. It wasn’t the classic “quick fix,” but her approach restored Xerox to its leading role in the copier field.

Credit Whitman with building one of the greatest electronic success stories of this century. Taking over as CEO in 1998 when ebay had only thirty employees, she built the world’s leading online trading market, with 84 million users and an inspired organization as well. These days ebay has revenues of $8 billion and represents the sole distribution network for more than 1.5 million small business owners.

Jung runs the largest organization in the world: six million people who represent avon products. Becoming CEO in 1999, Jung immediately changed avon’s vision to “the empowerment of women.” Following five years of spectacular growth, avon’s revenues flattened out, and its stock price dropped 40 percent. Jung reinvented her leadership, trimming back avon’s multi-layered organization and investing the savings in future growth. Since acquiring China’s first-ever direct selling license in 2006, Jung has ramped up to 600,000 sales people there. Her passion is in helping women from modest economic means achieve self-sufficiency.

Nelson recently stepped aside as Carlson’s CEO after a spectacular decade of growth. Taking over an organization rigidified by her father’s “command-and- control” style, she built an empowered organization around the world by demonstrating personally inspiring leadership wherever she went. Her efforts at organizational transformation have paid handsomely for Carlson in terms of growth and customer satisfaction.

These are just a few of the leading examples of female CEOs who are starring on the main stage these days. Others include Pepsico’s Indra Nooyi, who took over the reins last year from Steve Reinemund, himself a passionate advocate of diversity; Irene Rosenfeld, who is growing a powerful business at Kraft; Brenda Barnes, who is transforming Sara Lee; and Paula Rosput Reynolds, who is building Safeco.

The 108 women worth watching who are featured throughout this issue are not far behind these female stars. Soon they too will be taking over the top positions in american business. The United States will be that much more competitive in the global economy for having opened the doors of its executives to such extraordinary leaders. We need them—now! 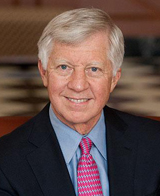 Bill George, author of True North: Discover Your Authentic Leadership, is professor of management practice at Harvard Business School. The former chair & CEO of Medtronic, he serves on the boards of ExxonMobil, Goldman Sachs, and Novartis. 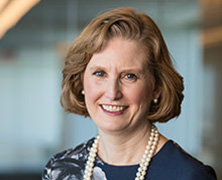