This is a most important edition of Profiles in Diversity Journal: it celebrates the accomplishments of 77 senior women leaders, and it is the gateway for understanding PDJ’s ongoing focus on promoting women in senior leadership.

So many women leaders featured at one time—77—the most ever celebrated in the magazine’s history! As you examine their stories, you will find these leaders come from all sizes of companies, all disciplines, and many industries. Obviously we are making progress, real progress, in gender diversity at senior levels.

But we still have a long way to go in gender parity in leadership; if you doubt that, just consider how impressed you would be if we featured 77 men as leaders—not very, I would suggest. The point being that, while we celebrate these leaders and our progress, we are just beginning to make real traction toward gender parity.

Why is parity important? A number of business cases can be cited or developed, but for me there are three overarching reasons:

The emerging demographics of America are virtually unique in the world as to diversity and complexity. Much of America’s future preeminence and success as a culture will depend on our ability to take advantage of the possibilities this diversity offers for the common good. A good first step on this journey is success with gender diversity.

Globalization is here for the duration and cannot be sidestepped. Success for businesses, non-profits, and nations will depend on operating well in an all-inclusive worldwide marketplace for goods, services, and ideas. Learning from our domestic diversity opportunities can provide us a “leg up” in the world of globalization.

And finally, in the intense competition of intellectual ideas and leadership which will be the business reality for the coming decades, how can we not bring to bear all our nation’s human resources? As we work to leave no child behind, we must endeavor as well to leave no citizen behind. Success in gender diversity would be a major step to ensuring a competitive America in the years ahead.

Now, how do we get to gender parity? As we reflect on these leaders’ stories, we notice the common theme of mentoring in their narratives. Leaders do not just happen. They are nurtured. They are challenged in constructive environments. In a word, they are mentored—elevated and molded by farsighted leaders who care about the future of the enterprise long after they themselves will have left the stage.

It is a primary responsibility of the current “generation” of leaders of an organization to make the right succession happen, and happen well. Our 77 women leaders in this issue have had the benefit of mentoring by preceding leaders who took the time, interest, and risk to help develop these women’s careers, their futures. We honor more women today than in previous years because more senior leaders have become engaged in gender diversity development this last decade. Today we are getting traction like never before in moving toward gender parity, because increasing numbers of today’s senior male leaders are engaged in making diversified leadership a reality.

Now that band of enlightened standard-bearers will be joined by these honored women leaders who accept the commitment to extend the mentoring and diversity development that got them where they are today. The pace of progress toward diversity parity will depend on successful leaders who remember their journey, who helped them get there, and why.

So today let us celebrate these 77 senior women leaders. Let us read and learn from their experiences. Let us resolve to turn our learnings to action and thereby speed the progress. And if we do this, and are successful at gender diversity, we will be better able to tackle the more difficult diversity challenges of ethnicity, GLBT, and those with special needs and skills. You see, gender diversity is just the beginning of the journey! 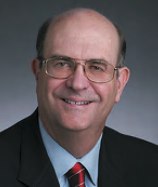 Steven L. Miller, retired chairman of the board of directors, president and CEO of Shell Oil Company (1999 to 2002), serves as Honorary Chair of the PDJ Advisory Board. Mr. Miller currently heads SLM Discovery Ventures, Inc., headquarterd in Houston, TX, which pursues commercial ventures in support of volunteerism, social outreach, and higher education academic achievement. He remains active in both the business and not-for-profit communities, serving on the boards of a number of local and national organizations and institutions: 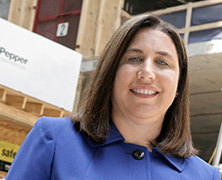