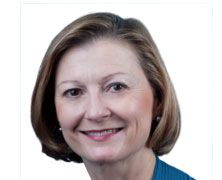 Always be truthful, life will be easier.

“I’m a college graduate—you want fries with that?” was the snarky message on a popular 1990s bumper sticker. Alarm and gallows humor over the prospect of a college graduate’s years of rigorous study being rewarded by a menial, dead-end job have been around for some time. One recent study found that the proportion of underemployed college graduates has tripled over the past four decades.

What is higher education’s response to this? At Tulane University our answer naturally came from a woman. Unfortunately, her name was Katrina and she was no lady. When Hurricane Katrina roared ashore on August 29, 2005 she left more than $650 million in damages at Tulane alone and nearly destroyed New Orleans, our university’s hometown.

When Tulane re-opened in January 2006 we knew we could not continue to operate as we had in the past. Another woman helped us this time. Her name was necessity—the mother of invention. Much of the housing in New Orleans was destroyed and many of its businesses still closed when our students returned after the storm. So we leased a cruise liner to house our students and instead of four years of ivory tower learning, offered them a Peace Corps-like experience which required that all undergraduates use what they were learning in class to aid New Orleans’ recovery.

English majors were sent into schools to tutor children who had fallen behind in their studies due to the upheavals wrought by Katrina. Psychology majors helped counsel those traumatized by the storm, architectural students designed and built hurricane-proof homes, business majors created plans for returning business owners, sociology students surveyed returning residents, and so on.

What began as a way to reinvent ourselves in the wake of disaster while rebuilding the city we loved soon became an indispensable part of our mission. Today, our students are still fully engaged in New Orleans. But our idea of community has also spread, encompassing a world in which Tulane students use the skills and knowledge they acquire in the classroom to empower others to build a better world.

Since the introduction of the community service requirement, applications to Tulane have soared. Graduates leave campus with a diploma and a world of experience that will serve both them and those they empower. “Helping others build a better world.” That’s our bumper sticker.