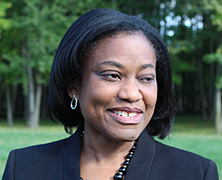 Stay focused and press ahead.

The Double Jeopardy of Sexism and Racism

The internal and external expectations for women of color to perform as leaders ensure that double jeopardy is inescapable. Consequently, professional women of color must break through a concrete ceiling that is upheld by male standards of performance, leadership biases, emotional and mental exhaustion, lack of mentoring, and substandard management support. Until dealing with the negative impact of workplace sexism and racism is inextricably tied to organizational goals and outcomes, diversity and inclusion efforts will serve as revolving doors and lead to the same point of entry.