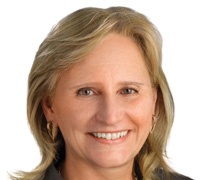 As companies seek to attract and retain the best talent, they must provide equal opportunity and compensation and remove the barriers for women.

Having held senior leadership positions in the U.S. government, the legal sector, and two Fortune 500 companies, I can personally attest that the barriers to advancement and the compensation gap for women have shrunk substantially in the last two decades.

While progress has been made, inequity remains. Today, women represent nearly half of employees in the U.S., but there are only 18 women CEOs among the Fortune 500 and women hold only 15 percent of the board seats at large U.S. corporations. And despite the growing number of highly educated women entering the workforce—approximately 80 percent with a college or advanced degree—the gap in compensation persists. According to the Bureau of Labor Statistics, the ratio of women’s to men’s earnings, for all occupations, was just over 81 percent in 2010.

Not fully engaging the talents of half the population takes a big toll. McKinsey revealed that the operational profit of companies with the most women on boards was 56 percent higher than those with men only. Another telling example is that over the last ten years, women started twice as many privately-owned companies in the U.S. as men. To put this into perspective, women-owned companies now employ more people than the largest 500 companies combined.

What can companies do? The answer is to embrace diversity, make work more family-friendly, and remove barriers.

I am proud to be part of Pitney Bowes, where diversity is an integral part of the history and culture. Dating back to the 1940s, the company set the stage for creating a diverse workforce by taking a very active role in hiring women and minorities. Those efforts, which were recognized by the National Urban League in 1949 and hundreds of diversity awards since, created a very solid foundation for women and minorities to excel at all levels of our company.

I’m confident that businesses around the world will continue to recognize the value of gender diversity in their senior management and board ranks and balance the scales for opportunity and compensation among women and men.