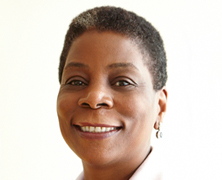 The point is not to blend in, but to stand out, says Ursula Burns of diversity in the workplace. “Blending in may get you by, but standing out propels you forward.” It’s a sentiment that’s understood by Xerox Corporation, where Burns is a senior executive.

Burns, who started her career at Xerox as a summer intern in 1980, has been a standout at Xerox, rising steadily through the ranks of the company. Now, as president of Xerox Business Group Operations, she reports directly to Xerox chairman and CEO Anne Mulcahy and is responsible for about 80 percent of Xerox’s revenue, including product engineering, product marketing, manufacturing and other functions.

From 1992 through 2000, Burns led several business teams, including the office color and fax business, office network copying business and the departmental business unit. In May 2000, she was named senior vice president, Corporate Strategic Services, and most recently, president of the Document Systems and Solutions Group.

Burns received a Bachelor of Science degree from Polytechnic Institute of New York in 1980 and a Master of Science degree in Mechanical Engineering from Columbia University in 1981. She serves on professional and community boards, including PQ Corp., Banta Corp., Boston Scientific Corp., FIRST, National Association of Manufacturers, University of Rochester and The Rochester Business Alliance.

When asked to cite the greatest challenge facing women in the business over the next five years, Burns suggests that it’s not the fact that they’re a woman that is an obstacle, but the tendency to shy away from it.

“The female approach to success, controversy, and problem-solving is invaluable to the success of corporations. As we become more pervasive, we must maintain our identities as women, rather than pursue the misapprehension that we ‘need to be more like men.’