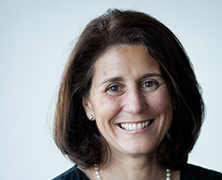 Tricia Wilber is a top strategic leader who is widely respected across global markets.

As chief marketing officer for The Walt Disney Company EMEA, Wilber is responsible for the creation, implementation and oversight of Disney’s integrated marketing organization throughout Europe, the Middle East, and Africa. She has been instrumental to the implementation of the ‘one voice, one vision’ model in EMEA, as well as driving partnerships across the region.

As a member of Disney’s EMEA executive management team, Wilber helps set the strategic direction for the company, which she ultimately translates into marketing strategies, priorities, budgets, and plans for driving execution regionally and locally.

She oversees the franchise management organization, which is dedicated to building and managing regional business plans for key franchises and properties. She also leads Disney Media Plus – orchestrating EMEA’s Advertising Sales business and third party partnerships.

During her tenure with Disney, Wilber has held various roles driving significant change from business-led leadership into an integrated approach to marketing and franchises. Her colleagues describe her as a highly respected leader and change agent with an ability to bring people together for successfully driving change in business models. Her well-rounded career has provided her the opportunity to create, plan, market, sell, and ultimately lead business operations that deliver profitable products.

Wilber said her biggest career move was relocating to London after a career exclusively in the U.S. and taking the CMO job for a region with over 40 countries. “What I learned from it was that there are many important differences between cultures and the way people interpret the same message however, the underlying human characteristics are surprisingly the same,” she said.