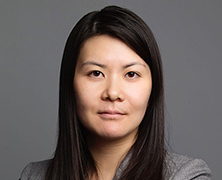 There’s an opportunity to bring artistry into anything.

acwp.org (Aid to Children Without Parents)

There’s a lot of great work being done right now, and by a lot of great pioneers. My suggestion is not new, but what I think is most critical is ensuring equal access to technology education in all communities. Though curriculum and supporting tools are becoming more and more available, there’s still so much resource shortage in poor communities—a lack of access to devices, families who can’t afford internet access, and neighborhoods with few publicly available access points. Whatever we can do to enable equal access—through policy changes or device donation or discounted internet access to low-income families—will help.

From a corporate perspective, I see a lot of exceptionally talented women in junior roles (women who I wish I was half as talented as when I was in those same roles!). I see many fewer women at the leadership level. Collectively, I think society is still primed to recognize only a handful of leadership patterns.

While we’re quick to recognize the work and talent it takes to close a deal, we have a harder time recognizing the work and talent it takes to coach an employee out of a victim mindset. We’ll recognize a great, motivating, all-hands speech, but we won’t recognize the leader that gives useful feedback and acknowledgement on a consistent basis. I believe to get more diversity in leadership, we have to really train ourselves to see and reward all varieties of leadership.

How the STEM World Is Changing

I believe the STEM world is changing in two ways: First, STEM literacy is becoming a must-have skill instead of a nice-to-have skill. A lot has been said about that, so I won’t bore you. Second, technology is becoming so accessible, and AI is becoming so advanced, that those in STEM will have to work as much on their humanity as they will on their technical skills. I’m a musician so I’ll use a music analogy—there’s plenty of AI now that can write a song because chord progressions and melodies and drum patterns lend themselves well to algorithm. As a human song writer, you have to look at what you do that can’t be captured in algorithm. The same goes for writing software, or even managing people who write software. What do you bring that technology cannot? So I think as STEM evolves, as technology evolves, so must our focus on our humanity.