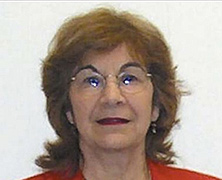 Leadership on the Lineby Ronald Heifetz and Marty Linsky

I have always believed that one must be prepared for whatever position one is seeking, whether that position is determined by competition or appointment. The preparation may be actual technical knowledge—such as a certificate or degree—or understanding of the culture and environment in which one will be located. Several times in my career development, I encountered challenges in both areas.

Early on in my career, I realized that in order to advance I would need a college degree. I was working for an organization that placed a high value on education, so I went on to college (while working full time, raising three children as a single parent, and being involved in the community). I moved up in the organization from Administrative Assistant to Director of the Office. Later on in that same career, I ended up without a job because the organization closed its doors. I took that opportunity to start my own (non-profit) business because I knew that the services we had been providing were in great demand and the government was providing funding to organizations to perform those services. That business was very successful for sixteen years. I had taken what might have been an obstacle and changed it into an opportunity.

Another example of overcoming obstacles was when I was working as a Deputy Director and my boss, the Director, left his job. I decided to seek appointment to his position although he was recommending his Chief Deputy, a white male, for the position. I set up a grassroots campaign, lobbied the Governor, and was successful in getting the position. Again, I did not let the fact that I had competition stop me from pursuing my goal. I had prepared myself and I believed in myself; I knew the industry and people being serviced, and I sought and received their support. I could have remained ‘safely’ in my position as Deputy Director, but I was ambitious and wanted to advance in my career. In line with my philosophy of life, when life gave me lemons, I made lemonade.