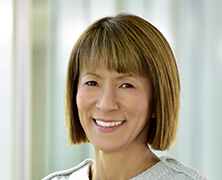 This 3M VP’s Global Career is Built on Determination, Integrity, and Trust

As 3M’s Vice President of Latin America, Tamie Minami is responsible for successful and sustainable business growth and operations in 20 countries across the area. She lives by three words: determination, integrity, and trust.

Born in Japan, Minami’s career at 3M launched more than two decades ago as a pharmaceutical product manager in Australia. Her career has since surged in markets across the globe, including North America, Europe, Asia and now South America.

Minami’s colleagues say she knows just when to engage the right resources at the right time to drive outcome-based decisions and achieve strong results. As a strategic and pragmatic thinker, she’s quick to understand the dynamics of execution. As part of her career path, her responsibilities expanded in 2000 as a business development manager for two divisions of 3M Japan. She subsequently returned to a role for the U.S. market as a marketing operations manager and few years later was appointed Six Sigma Master Black Belt in 3M’s Personal Care and Related Products Division.

She went on as a managing director in Switzerland and about three years later returned to the United States as vice president of 3M’s Homecare Division. Minami describes that transition as her biggest career leap, saying the key take away was maximizing talented team members by providing them freedom to excel at what they did best. “My role was to provide a clear direction and make sure the team worked as one for the common goal,” Minami said.

She relocated to Southeast Asia in 2013 as a regional vice president, where she was instrumental in designing and implementing a new regional market approach to serve customers without borders. Among her professional activities, she’s involved with the new 3M Leadership Way program. As part of this, she’s traveled to India with an executive team proposing solutions to some of the country’s challenging issues related to the impact of climate change on farming.

She believes diversity is essential for 3M’s longevity and profitable growth. She holds a Doctor of Philosophy in Pharmacology; University of Sydney, Australia.