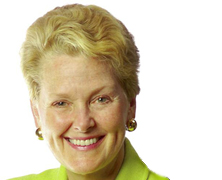 “We are all co-creators, and as such bear responsibility for others’ suffering.”

I and Thou, by Martin Buber

“I fund change, not charity.”

Ive always been a zealot, championing causes, waving banners, persuading, cajoling, insisting. My mission is to achieve gender parity, particularly as a means to end war, rebuild societies and reduce poverty and other human suffering.

Over five decades, history has gradually changed my charted course, but I’ve managed to keep my balance. I’ve learned to absorb privilege and oppose patriarchy to become an independent woman. Let me be clear: I’m a hard worker, but no hero. Gutsy, sometimes noble, and always flawed.

I’m flawed, but determined. I’ve always tried to formulate how I could take whatever health, wealth, knowledge, experience or ability I have to make the greatest affect on the world. But the destination is never reached. The goal is never met. Some days, my success is no more than my kind word in someone’s dark hour, my dollar well spent to ease a worry, my talent applied to solve a problem.

If I don’t succeed at any given time, I’m not deterred. The possibility of achievement is encapsulated in every moment and released when we bring to fruition the fulfillment of another. My passion is for a squaring of opportunity and existence for all humankind. I ache when I read of child laborers in China, of young Thai women enslaved in brothels, of mentally ill men in shackles. And my spirits soar when I see the courage of a social reformer like Jim Wallace, the philanthropy of Roxbury neighbors, or a documentary on the first woman president in Africa.

But care comes at a cost. It requires courage; a willingness to step out into uncertainty. I try to live by the courage to be, a faith that includes the acceptance of despair.

If anything, I’ve learned that a career cannot be planned; it will unfold. But I tell my students at Harvard’s Kennedy School of Government, “Whatever your estimation of your capability, triple it. Seize opportunities that don’t exist. Discover paths no one can see. And always, always, choose jobs that
awaken your passion.”