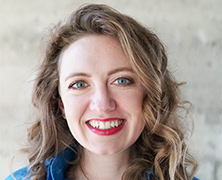 No matter where you are on your journey, make sure to have your core values in your travel bag. Mine are appreciation and responsibility.

Collecting roses from my parent’s garden and selling them on the street at the age of five. I’ve been taking on a variety of new opportunities ever since.

Delivering Good—an organization that collects new products from companies and distributes the donations to millions of people affected by poverty and disaster (https://www.delivering-good.org/)

Get Out of Your Own Way

About 20 years ago, I was told by my teacher at the time that I wouldn’t be able to reach the goal I had set for myself. In that moment, I swallowed a cup of embarrassment with a pinch of surprise. It was a small goal that I was working towards, but I still remember how my cheeks turned glowing red and how doubts settled in my stomach. Those doubts, combined with hearing the phrase “Women can’t have it all,” made me believe that I had to make constant compromises. Math or humanities? Family or career? Be assertive or humble?

In general, the ability to compromise is valuable because it means that you can be cooperative and work things out with others. However, if you negotiate with yourself and compromise on your goals, you end up standing in your own way. At the start of my career, I would often keep my ambitions in my head and not share or fight for them in order to avoid the issue altogether.

Luckily, although my stomach was filled with doubts, my heart was full of a tremendous amount of curiosity and a willingness to improve. This drive led me to discover that I could reach my goals by creating my own opportunities, instead of following traditional career paths. Instead of competing or wrestling with tradeoffs, I focused my energy on defining and creating new roles and processes that would unlock significant value for my organization. That creation period often meant very hard work, but it allowed me to build significant value for myself and for everyone around me.

Not every environment allows for creation, and many women have to compromise their dreams due to factors outside of their control. Change on many levels is needed in order for everyone to feel safe and empowered. However, I found that changing my attitude and becoming a creator helped me to constantly shoot for the stars and break away from some of the things that were holding me back.

If someone tells you that you can’t walk the common path to a goal, create a new one!