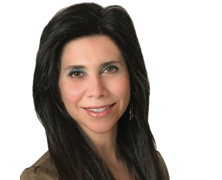 Travel with children, take them everywhere. History, biography of Winston Churchill; to learn about history of different places. Exercise and health.

The Lost Symbol, by Dan Brown; The Brain That Changes Itself, by Norman Doidge

My approach to mentoring has two vectors. The first was built around the lesson that “your job is what you make of it, not the job title.” If you plan to grow in your professional life, you need to be performing beyond the level of your job. If you want the next job on the ladder, you need to be doing it already.

The second is that you must embrace risk. You’re going to achieve much more if you set out for a very big win, even if you don’t know the win is achievable. You might end up with a great win, but if you only set out for something mediocre, that’s what you’ll achieve.

This led me from a traditional engineer’s role to an opportunity in Barcelona, where my role was to set up a lab, and hire and train employees on inkjet technologies. From that assignment, I became an engineering project manager and then a program manager with cross-functional responsibilities. Soon I was leading program teams for successful product launches.

When Kodak setup a joint venture with Hewlett-Packard in 2000, I got the opportunity to be part of a company that I respected and had values consistent with my own. Although the joint venture later dissolved, I was hired by (Kodak CEO) Antonio Perez and (Kodak President and COO) Phil Faraci to lead the development of Kodak’s inkjet technology for desktop home printing. Today, I’m general manager of Consumer Ink jet Systems at Kodak, where I lead a worldwide group of some 400 people across all functions in the business.

As a woman in business, you sometimes get talked over, especially in a room where you’re the only woman. So, assertiveness is an asset for me. I decided that “getting talked over” would not be the reason I didn’t get heard. As a manager and mentor today, whether coaching men or women, I make sure that their demeanor isn’t the reason they aren’t heard.

I’ve made work-life balance a priority. I have times that are sacred with my family. There are key events in my kids’ lives that they’ve put hard work into, and there’s no way I would miss those. I’ve jumped through hoops to be there. A few hours in the evening I hold sacred, whether helping my kids with homework or playing with the baby. There’s no BlackBerry®, no TV.