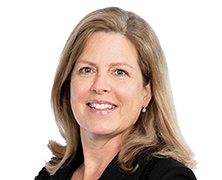 It's not just about the destination, it's also how you get there.

The Power of the “Shalane Effect”

I read an article in the New York Times a year and a half ago about Shalane Flanagan, who had just won the New York City Marathon, becoming the first American woman to win in 40 years. That feat alone was impressive enough, but what impressed me even more was her journey to reaching that goal and what she did along the way. She joined a mostly male running club in Portland and recruited other women runners to join. She provided guidance, support, and mentoring to these women to keep them running, rather than burn out. As a result, she helped elevate them to levels they couldn’t have achieved by themselves, ultimately outperforming the male members of the club and sending 11 women to the Olympics.

Shalane wasn’t intimidated by their success, she was enriched by it. She was able to draw strength from them and their experiences, receive support and encouragement, and achieve her own goals. She believed that helping others improve would help her improve.

The author of the article, Lindsay Crouse, called it the “Shalane Effect: You serve as a rocket booster for the careers of the women who work alongside you, while catapulting forward yourself.” These words have been an inspiration to me and are a model for women in leadership, regardless of the forum.

Achieving success in many professions can be challenging for women, often involving solitary and lonely paths. I have been fortunate to have been boosted by successful women throughout my career, sometimes without even realizing it at the time, and my goal is to do the same for others. Opening doors, building relationships, and providing encouragement when facing challenges are some of the things that we women can do for each other. And in turn, these efforts create a platform that allows all of us to reach new heights.