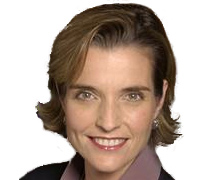 As a mother of three children, two of them daughters, Bostrom’s eyes light up when she talks about getting more young women to enter the technology field. “Technology and engineering are still male dominated professions,” says Bostrom. “Women are more than 50 percent of the global population but underrepresented in the technology industry at large. We need more women to enter these fields and it starts with our daughters and nieces.”

Bostrom is Senior Vice President of the Internet Business Solutions Group (IBSG) andWorldwide Government Affairs at Cisco Systems, the worldwide leader of networking for the Internet. Bostrom draws upon best practices from Cisco and other industry leaders to help companies and governments develop their own Internet business strategies and solutions. Cisco’s implementation of Internet business solutions has enabled the company to scale to unprecedented growth and levels of customer satisfaction and Bostrom enjoys sharing that knowledge with business and government leaders around the world.

Bostrom is also executive sponsor of the Women’s Initiative at Cisco. As executive sponsor, Bostrom speaks at company and industry events about diversity and the importance of women to the technology field.

Bostrom firmly believes that diversity in the workforce brings diversity of thought which increases a business’ competitive advantage. She believes that diversity is a business imperative and is critical—to attract the best employees, gain diverse ideas for decision making, and create a workforce that mirrors a company’s customers and the world at large. Bostrom has been involved with Cisco’s Women’s Initiative since its inception in 2001. A small group of women formed the first network at Cisco’s San Jose, CA headquarters and Bostrom stepped up to be the executive sponsor. The group formed the network to increase Cisco’s competitive advantage by capitalizing on the talents and skills of its women employees. The launch of this network generated momentum across Cisco, resulting in the formation of many women’s networks and eventually a broader effort—the “Women’s Initiative.”

The focused effort continues to develop a pipeline and increase the representation of women at the company. Today, there are 16 women’s networks at Cisco throughout the U.S., Asia and Europe. In addition, functional networks for women in technology/engineering and sales have been created.

“The participation of senior leaders across the company has been critical to the success of Cisco’s Women’s Initiative,” says Bostrom. “Many of my peers have volunteered to sponsor new networks, giving more women the opportunity to network with other women, develop their careers at Cisco, and increase their visibility at the company.”

Bostrom is pleased that Cisco has received recognition for its Women’s Initiative and is increasingly asked to share best practices with other companies within and outside of the technology industry. Cisco has been named one of the “100 Best Companies for Working Mothers” by Working Mother for three years in a row. It was also recognized by Fortune magazine, the National Association for Female Executives, and the Professional Businesswomen of California for being one of the best places for women to work.

One best practice that Cisco is often asked about is its annual Women’s Leadership Conference. The conference is a forum for leaders at the company to take a hard look at the progress that has been made over the past year and the obstacles that need to be overcome related to the development of women at the company. Bostrom delivers the keynote at this annual event and serves as an advisor on the overall direction and agenda for the conference.

Cisco also has been recognized for its efforts around developing a pipeline for women in technology. Cisco recently produced a video entitled “I Am An Engineer.” The video profiles four women engineers at Cisco who defy stereotypes and talk about what they like about being engineers. The video was created for 12-17 year old girls as a tool to start the conversation about careers in technology and has been shown at conferences, in schools as part of Cisco Networking Academy classes, and with Cisco customers and partners. Cisco is also developing workshops and programs to encourage more girls and women around the world to enter the technology profession.

Despite all of the achievements to date, Bostrom is a realist when it comes to Cisco’s Women’s Initiative. “We have a lot of work to do, a lot of progress to make, and much to look forward to.” In the meantime, she’s keeping her fingers crossed that at least one of her daughters will pursue an engineering degree.