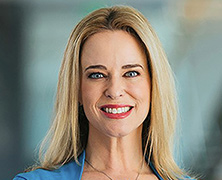 Everyone is going through a struggle you know nothing about.

The Authority Gap: Why Women are still taken less seriously than men, and what we can do about it by Mary Ann Sieghart

This Is Not a Zero-Sum Game

As a young real estate finance attorney—an area where there can be very few women—I was often selected to participate in pitch meetings or to serve on committees or boards where I was the only woman present. In such situations, people sometimes assume that we are there only to fill a quota—a false perception that can shake our self-confidence and cause us to minimize our contributions. As the mother of both a son and a daughter, I want upcoming generations to realize not only that they deserve their place in the room, but also that they should never feel the need to diminish their presence, regardless of how they got there.

A few months ago, my 12-year-old daughter told me that she intentionally lost a game of billiards to a boy, so he wouldn’t feel bad. Clearly, social media, and society generally, is still sending a message to girls that they will be more likeable if they don’t push too hard or upstage boys. My daughter is still a kid, but even women who are well established in their careers can feel a similar urge to downplay their abilities and defer to the men in the room. I once witnessed a friend—a rock-star partner—literally taking a back seat at a client meeting because, in her words, “I didn’t really think they wanted to hear from me.” She relegated herself to the role of note taker, rather than sit with the decision makers.

Like many mothers, I want my daughter to know she shouldn’t be afraid to express her opinion, to shine, or to be herself. I want her to know that when she’s sitting on a board, her contribution is just as valid as everyone else’s in that room. I also want my 13-year-old son to know that strong women are not a threat, and that the best way for him to secure a bright future for his generation is to support the women and minorities in his life and in the world. He should know that the rising tide raises all boats, and the success of others will only increase his and society’s success.

There is ample data to demonstrate that building diverse teams and embracing a range of viewpoints improves the overall sustainability of an organization and its ability to retain and attract talent. We need to nip the rumblings across the country that raising the voices of women and minorities will extinguish the voices of white men. As I am trying to teach my children, this is not a zero-sum game. We all benefit when everyone around us, regardless of gender or race, is empowered to succeed.