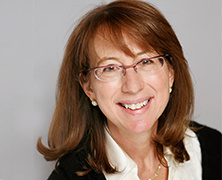 Shira Goodman is president of Staples North American Commercial division, as well as head of the company’s supply chain and customer-service operations in North America.

Shira joined Staples in 1992 and has held a number of leadership positions across the company. Before stepping into her current role, she served as executive vice president of Staples Global Growth group, where she was responsible for identifying and developing new sources of growth and driving Staples best growth ideas across the company. In that role, Shira led the development and launch of Staples Reinvention, as well as the company’s highly successful “Make More Happen” branding campaign.

“It was perhaps my biggest career leap,” said Shira of that leadership role. “I had never had a marketing job of this scope before. I learned how to rely on other members of the team who had much deeper expertise. I also learned the value of a great coach. Tom Stemberg, Staples Founder and a brilliant marketing mind, met with me weekly to discuss our work. It was an incredible learning opportunity.”

Shira led the company’s global business integration efforts following the company’s acquisition of Corporate Express in 2008, and has held senior executive positions in the delivery business units, which serve business customers of all sizes. She is also a member of the board of directors of CarMax, Inc.

Shira holds a Master of Management Science degree (with a concentration in strategy and marketing) from MIT’s Sloan School of Management, a JD from Harvard Law School, and a bachelor’s degree from Princeton University