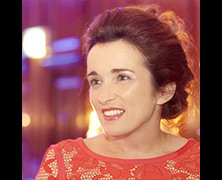 Be happy in what you do

My Experiences in STEM

Thankfully, both my parents were teachers who were very open minded and encouraged my three sisters and me to be who we wanted to be. My first encounter with negativity was telling my careers teacher at school that I wanted to be an engineer and he suggested that I should become a teacher or nurse because that would be better for a girl! I ignored his misguided advice.

I was accepted to study civil engineering at Queens University Belfast at the age of 16 and found that university to be very encouraging in the promotion of women.

In my early career, I worked as an engineer at Harland & Wolff Shipyard and then in a design consultancy in Jordan. In both locations, I was treated well, once people understood that I knew my job and what I was there to do. I then had an incredible 10 years with Charles Brand, a renowned heavy civil engineering company, where I was part of a team that built bridges, pipelines, weirs, and harbors. I even became a commercial diver during that time, so that I could inspect some of the underwater works we were involved in.

In 1999, I moved to Environmental Techniques (ET), into the field of trenchless technology, which has a brilliant environmental and sustainability focus. Since ET was acquired by Aegion in 2017, I have gained so much insight into their technologies and techniques. I am learning every day from my team in ET and the wider Aegion team about different approaches—so refreshing at this stage in my career.

I would love to see a greater gender balance in five years and believe it is attainable if companies and society wake up to the benefits of a diverse workforce. We must address the following issues in order to achieve that balance:

Gender Pay Gap: The presence of women in STEM in five years also depends on how effective government programs, such as the Gender Pay Gap Initiative in the UK, are in addressing inequalities.