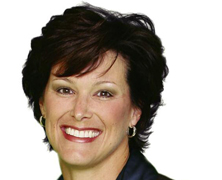 Leadership requires collaboration. Leaders should not only accept different viewpoints and ideas—they should encourage them among all members of the team.

Office assistant for a hometown surgeon

At Alltel Wireless, we have adopted eight core values which guide our leadership practices, and those are reflected in what we call the Alltel Leader’s Pledge:

“I will show COURAGE, INTEGRITY and RESPECT. I will give KNOWLEDGE, INSPIRATION and VISION. I will make positive CHANGE and deliver RESULTS.”

Some of those come more naturally. Others must be cultivated. Some are constant. Others must be summoned. But a genuine leader at a corporation or small business, in a community or nonprofit organization, or even in a family must apply each of these in her or his life.

As I reflect on the people who have made a difference in my life and career, there seems to be one value that they all share, and it is one I strive to practice daily. That value is respect.

It began with a childhood in a small Southern city, where my first role models, my mother and father, showed respect not only to each other but also for their mission in life and toward me and my three siblings. They didn’t read us the list of ‘dos and don’ts’; instead it was a climate of support, of opportunities, of encouragement and of mutual respect.

I saw it again in one of my first jobs as an accountant, and the most influential mentor was a man who willingly invested his time to help me understand the why of our activities and showed me that questioning methods was not only welcomed, but encouraged.

Years later, I had a chance to join Alltel in a leadership role. As a dynamic Fortune 500 company, growing in a vibrant industry, headquartered in a charming city, it had plenty of positives. But the final test was: “Do I respect the people who work here? And would they show me that same respect?” Since I had already had a chance to work with many people from Alltel for many years, the answer was easy and obvious.

Sometimes the best advice is the simplest. I would encourage young women and men to remember that one of the best ways to earn the respect of others is to show respect to them. The rewards will be measured in many ways.