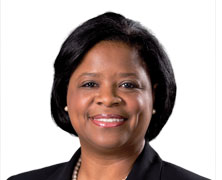 Save your emotions for family, friends. Bring your best to work every day.

The U.S. aerospace industry has evolved amazingly since the Wright brothers’ first flight more than a century ago. America’s aerospace prowess has yielded significant benefits in the areas of defense, jobs, and international commerce.

Aerospace Industries Association reports there are about 3.53 million U.S. aerospace and defense industry jobs. The industry generated $324 billion in sales revenue in 2010, is the U.S.’s largest net exporter, and among the largest contributors to the nation’s gross exports.

While the aerospace industry is robust, it faces real challenges. Other countries are quickly eclipsing U.S. aerospace technology, and a weak world economy is always a foe.

As key members of the aerospace community, Lockheed Martin employees design and build some of the world’s most recognizable military aircraft, with many of these talented people having 40 or more years of experience manufacturing these flying machines. However, their average age is 55, and they soon will take their skills and expertise with them into retirement, significantly impacting our company, industry, and customers.

Obviously, we need technically-educated, passionate employees to sustain the company and industry. Finding this next-generation work force, unfortunately, is a major challenge.

Data show that American students lag behind international students in subjects like math and science. We are not graduating engineers at nearly the rates of countries like India and China. With education being the foundation of economic prosperity and national security, we need to change the U.S. education system to keep up with the aerospace and other technical industries’ demands.

Education is not the sole province of educational institutions; industry must play an important role as well. Given the imperative of developing tomorrow’s aerospace workforce, there is no time to lose. Businesses must engage with schools in true partnerships. Companies can help guide curriculum improvements by sharing information with educators regarding emerging trends, industry practices and technologies, and skills and competencies needed from future employees.

Direct involvement is important to the future and to youth as well. We must achieve one overarching goal: to inspire and equip today’s students to become tomorrow’s aerospace leaders.