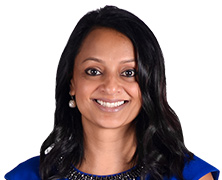 If you wear your passion on your sleeve, you will always come out ahead.

“There is a special place in hell for women who don’t help other women.” –Madeline Albright

I read this quote many years ago, and it stuck with me. So, when I sat down to write a few lines on women in leadership roles, I let it inspire me.

The world today understands the value of Diversity and Inclusion. Organizations strive to create a workplace that respects, celebrates, and advocates diverse perspectives. Yet for women, half the world’s population, a massive gap still exists. Only 20 percent of C-suite roles are held by women, and less than five percent of Fortune 500 company CEOs are women.

As women leaders are we doing enough to improve these numbers? Because if not us, then who?

Let us take networking as an example. Networking is easier for men. There are long-established men’s clubs, golf tournaments, and after-work meet-ups, which give them opportunities to connect. For women, there are limited opportunities to exchange ideas, and at-home responsibilities take precedence over after-work hangouts. So how can we as women leaders help solve this problem? Can we do lunch instead of dinner or encourage virtual networking instead of in-person meetings? These are simple things that help create a more inclusive environment for women.

Have you heard of Shine Theory? Developed by Ann Friedman and Aminatou Sow, Shine Theory is a practice of mutual investment based on this simple premise: “I don’t shine if you don’t shine.” Female aides to former U.S. President Barack Obama came up with a winning strategy for making their voices heard in the White House using this principle. The women told the Washington Post that, at presidential gatherings, they began using “amplification.” That is, they repeated each other’s suggestions to ensure that they were being heard, and credited one another to prevent others claiming ownership of their ideas. It worked brilliantly!

Women supporting women is more than mentorship or sponsorship! Taking someone under your wing, establishing an open-door policy, ensuring that each voice is heard will create that much needed culture of support. Knowing that each of us is not alone goes a long way in tackling our individual challenges. I believe that when you help another woman shine, we all shine.