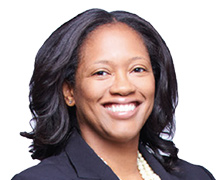 Every day is an opportunity to be a better person, learn something new, and come closer to reaching my goals. I try to make the most of every minute!

The Gender Pay Gap Is Still All Too Common

As a lawyer who regularly represents women in pay discrimination cases, I can say that, unfortunately, the answer is that employers still have not done enough to close the pay gap for women in the workplace.

There has certainly been progress in the level of attention being paid to the issue of pay equity. And that has translated into policy changes, such as strengthening state equal pay laws and laws prohibiting employers from asking employees about their salary history, a practice we know can perpetuate pay disparities between men and women.

In my work, however, I continue to see many employers still engaging in practices that, at best, inadvertently create barriers to pay equity, and at worst, contribute to the gender pay gap. Employer policies and practices that encourage pay secrecy undoubtedly disadvantage women who may have no idea that they are being underpaid in comparison to their male colleagues. I represent a group of women at a state agency who didn’t realize they were being underpaid until a reporter published all of the agency’s employee salaries in the local newspaper!

Employers may think pay secrecy creates a more collegial and noncompetitive environment, but in actuality, having transparent and open conversations about compensation will go much further in making all employees feel they are being treated fairly. I’ve been encouraged by the pay transparency laws passed in California, Maryland, and Massachusetts that seek to codify these best practices.

Frankly, I believe gender bias and discrimination continue to fuel the gender pay gap. I’ve heard countless stories of the work, expertise, and experience of women being undervalued in comparison to their male colleagues. Many of the companies and firms sued by my law firm justify pay disparities through the use of hard-to-measure factors that favor male employees who have long-standing relationships with male leadership. Pay, promotions, and other opportunities often are bestowed on those who look like and have the most in common with those in positions of power. While many employers have made great strides in developing flexible schedules and benefits for working mothers, women continue to be penalized for taking time off for family-care duties or striving to maintain a real work-life balance.

My clients are not only fighting to be paid fairly, they are also fighting the damaging stereotypes and biases that work against gender equality in the workplace and beyond. I’m proud to be a part of this movement to end the gender pay gap!