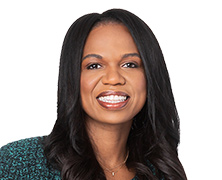 The Assassination of Fred Hampton by Jeffrey Haas

A Minority within a Minority

Law is the least diverse profession in the nation. There is a diversity problem, especially with respect to black women lawyers, which seems to be a pipeline issue, ranging from law schools to law firm leaders. As tough as it is for female lawyers to rise to the top in legal arenas, it’s even tougher for black women lawyers.

What I have learned while practicing law is that when women lawyers are disaggregated into distinct racial groups, the challenges confronting them are not always the same in nature or degree. There are common patterns of gender that unify women lawyers in their struggle for professional advancement, but not all women experience the struggle in the same way. For women of color, race is not merely an added layer that subjects them to additional obstacles, but rather a component of their identity that intersects with gender to expose them to unique challenges.

Being black and a woman in my profession has been both a challenge and a benefit for me. The number of black women partners at Am Law 100 law firms remains minuscule, and unconscious bias impacts adversely the advancement of women of color in the legal profession. But I strongly believe that many attributes I have, often characterized as black female attributes, make me a more effective attorney.