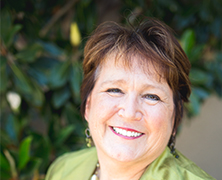 Making a Difference by Giving Back

As founder and president of a company that has grown 300 percent for the past 15 years, Renee VanHeel is a true entrepreneur and a woman constantly on the go.

She is also president of GCE Health, a personal nutrition coaching group partnered with Shaklee Corporation; she now consults for Gold Coast Empire, which develops sales training courses; and chairs the Gold Coast Foundation, which has partnered with Pay it Forward Processing to donate money to non-profits.

In 2007, VanHeel had lost her San Diego home to the California wildfires and had to rebuild from the ground up. Today, she lives by the phrase “where there’s a will there’s a way.” Her colleagues say most of her ventures have blossomed from that event which has contributed to her being a powerful and humble woman. Between 2007 and 2012, VanHeel served as founder and director of Fired Up Sisters, a nonprofit dedicated to helping victims of natural disasters. Working with a team of volunteers, the group gave $5 million in goods, services and money to fire survivors.

Early in her career, she had been a sales manager and senior partner in a family run business, B-B Enterprises. She expanded sales to include mass market, while implementing a training course for new recruits, speeding up profitability. She ultimately left that position she loved to stay home with her sons. “I learned that there are other ways to honor my priorities, while still paying the bills,” she said. Today, her goals include being able to bring honor, value, and hope to each person, business, and charity she encounters. She approaches each day with focused intention to bring significance into other people’s days.