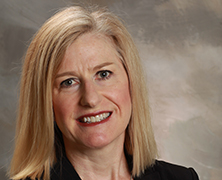 Rebecca Liebert is an accomplished leader whose career is punctuated with paradigm-changing advancements in the organizations she has led. Earlier this year, she was named president and CEO of Honeywell UOP, a $3 billion business that is the world’s leading developer of technology for the oil and gas industries.

With strong women role models, Liebert translated a successful academic career into a progression of business leadership roles. She has developed and executed initiatives driving revenue growth and profits in virtually every position she has held. Her colleagues say she’s a confident leader, and a successful engineer who puts her full effort into everything she does.