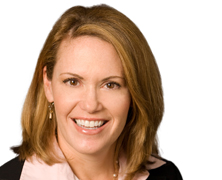 Running, reading, traveling with my family

Do what makes your heart leap.

The Age of Innocence, by Edith Wharton

I had the privilege to be mentored early in my career. I was not seeking a mentoring relationship, but two very bright individuals saw potential in me and helped me to reach my career goals. I’ve learned from them, and have carried this on by being a mentor to others.

My first mentor was during my time at General Electric in their Military Electronics division. There were very few women in the engineering department at GE in those days and my mentor was able to connect with me and share her experiences as a fellow female in the division. She taught me to speak up with respect to my interests at GE outside of my role as an engineer. As an example, I had a strong interest in the international business at GE, but felt that because I was a woman, in a non-HQ location, I would never be accepted. She encouraged me to pursue my interests and be vocal about my desires. I did as she advised, and managed to work my way successfully into the international side of business at GE.

My second mentor was at QUALCOMM, where I started as an engineer, and often traveled with the business teams to customer visits to translate the technical details of a solution into language the customer could understand. I loved working with customers. The head of the business unit saw the passion and joy I had in this work, and encouraged me to make the leap from a technical role to a business role. It took me a month to make the decision, but because my mentor saw something in me that I did not instantly see myself, I entered into a new facet of my career—one that has led me to where I am today.

I’ve benefited tremendously from these mentoring relationships and now have the opportunity to be a mentor to others. I’ve taken a very informal approach to mentoring, as I believe people will often be more candid and honest in an informal setting. Through my informal efforts I’ve been privileged to play a part as others have risen within QUALCOMM. I would never have taken on the role of a mentor if it weren’t for the two individuals who took an interest in me early in my career and now I enjoy being able to give something back.