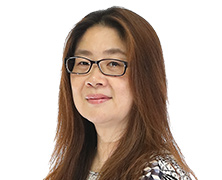 Doing something that you are passionate about is awesome, but if you don't, do the best that you can.

Just Be Yourself—Adjust as Needed

When I started work, I was excited. I did not fear what others said about me. I did, said, and acted however I wanted. As time went by, I realized people were watching. I became very conscious of my behavior.

It eventually changed me.

What was my turning point? I went to a party and saw this guy who stood at a corner, drinking his coffee and enjoying every moment of it. He would look around the room once in a while but continued to stir his coffee. I noticed that every 15 minutes (more or less), he moved out of his cozy corner and started networking and mingling with the rest of the folks. Then, he moved back to the corner to enjoy his quiet moments.

I went over to talk to him. He said he is an introvert and likes to have quiet moments for himself. But, since he was the host of the party, he made it a point to network and mingle. He did not force himself to take center stage just to fulfill his role as host.

Lesson learned: You don’t have to become someone else in order to blend in; you just need to adjust occasionally to fit in. If you feel a situation is overwhelming, get out and come back when you’re ready. Give yourself space to catch your breath. “Adjusting” is much less stressful than “changing,” as it gives you space to adapt and acclimate. Adjusting lets you take a small step, while still maintaining the balance of who you are. Making slight adjustments to your frame of mind or your actions creates an expanded version of you that can lead to a more efficient way to achieve collaborative solutions.

Just be yourself—adjust as needed.