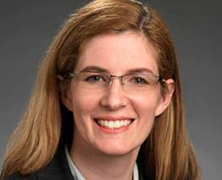 EMPOWERING WOMEN IN STEM FOR CREATING A COMPETITIVE ADVANTAGE

As CIO at Interpublic Group, Patricia Hinerman is active in the diversity and inclusion initiatives for the advertising holding company that operates in over 130 countries and has about 800 subsidiary agencies.

Hinerman initially launched her career at Memorial Sloan-Kettering Cancer Center doing epidemiology research. The success of a program she helped run integrating systems into a single user interface, and gathering data to define probabilities of disease outcomes, fed her desire to expand her knowledge of information technology.

At IPG she manages an extremely diverse set of applications and fills a chief of staff role for IT. She is a valued leader who plays an integral role in helping IPG to evolve and attain its diversity and inclusion vision. As a mentor, she empowers women in STEM roles and is the founder of IPG’s Women in IT program, that develops annual programs for corporate and agency IT staff, interns, and girls considering the workforce.

In the words of Patricia Hinerman:

How is the world changing with respect to STEM?
“Advancements in technology, medicine, applied engineering, etc., have changed the way we all live and communicate. The terms STEM and STEAM have penetrated our everyday lives and there are expectations that the next tranche of innovations that will grow our economy are going to be raised from STEM disciplines.

How can the world increase diversity in STEM fields?
“Early exposure and breaking through economic barriers – in my formative years, I wasn’t exposed to technology. I took an early route through interest in biology. Neuroscience was my bridge to IT networks and data relationship concepts. However, millennials have been exposed to technology for essentially their whole lives.

Demystifying and abstracting concepts – breaking complex concepts down into simpler, more digestible parts, to foster a more approachable atmosphere for those who may have interest in exploring STEM, but might be intimidated.

Engaged Role Models – Although they may have not signed-up for it, diverse leaders who have broken through, need to own desensitizing peers ‘break them in’ to open the minds of ‘majorities’ to not only the fact that those from minority groups are qualified, but that increasing diversity is actually a competitive advantage.”

What can be done to move women forward in STEM?
I do not see any significant barriers to entry for young women who are interested in STEM. However, I do still see barriers for young women who want to break through past middle management, who feel as if they need to make a choice between advancing their career and having time for caretaker roles.”