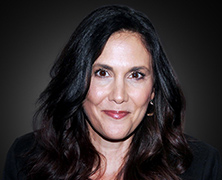 Mountains Beyond Mountains by Tracy Kidder

When I attended law school back in the 1980s, law firm culture differed from the accepting workplaces that embrace female attorneys today. Women accounted for only 16 percent of practicing attorneys and roughly 7 percent of state and federal judges.

Although I worked with some wonderful and respectful colleagues, biased policies and toxic coworkers suffocated our day-to-day routine. Women weren’t allowed to wear pants, and our employee benefits package accommodated only two weeks of maternity leave. Even worse, sexual harassment went unpunished. My female colleagues and I would often huddle in the restroom to support one another when one of us received an assignment from “that male law firm partner with the wandering eye.”

It didn’t take long for me to realize that I needed to act quickly to succeed at work on my terms. And I started small. First, I started wearing pantsuits to work. I remember my managing partner’s face when I walked in that morning; he didn’t know where to look! After the birth of my first child, I told the HR department I wanted to go part-time, even though the firm didn’t have a part-time policy. Despite this, I talked the firm’s HR officer into letting me write one. It was a huge deal, and I felt like a pioneer. Still, when my second child arrived, I was miserable; I felt that I was cheating on my children at work and my employer at home. This dichotomy led to my third radical decision: resigning to focus on my family.

When my children started school, I met many other former professionals who also had decided to give up their careers. We were all caught in that generation who were told we could have it all, and we believed it. Yet we all realized we needed to change those priorities to satisfy other needs and areas of our lives. Sure, when I later decided to transition from being a mom of four back into a legal role, the process was almost paralyzing. But by taking a break from climbing the partnership ladder, I knew what I was looking for in my next position. And I didn’t settle until I found the right fit.

Women shouldn’t be afraid to mix up the sequence of their careers and family lives. Even in the face of today’s progress in the workplace, they should still make time to create priorities and live by them. At the same time, they shouldn’t be afraid to shift them around as needed. Change, after all, is constant—but it does not come easily. How women implement their plans will be the key to designing a rewarding career and fulfilling life.