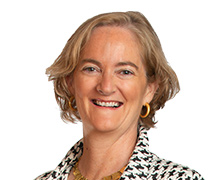 Don’t judge. You don’t walk in anyone else’s shoes.

Strength in What Remains: A Journey of Remembrance and Forgiveness by Tracy Kidde

Selling concessions at an auction house in the Berkshires

Remove the Stigma and Start the Conversation

I am proud and very lucky to work at a law firm that is full of broad-minded women and men who embrace inclusion and diversity.

That doesn’t mean that there isn’t still work to be done, work for us all to do, in creating an environment in which every person experiences acceptance. In part, it is about each of us becoming more self-aware.

Recently, our entire firm engaged in a series of inclusion, unconscious bias, and diversity seminars. The most important outcome of the sessions was a collective learning that unconscious bias is natural and not borne of intentional bigotry or ill will. You could palpably feel that once people began to hear this and accept it, the conversation changed. It became much more open, frank, and real. People were willing to admit to having certain ideas or biases that they were not previously aware of and certainly weren’t willing to own in public. There was a buzz in the lunchroom and at the hallway desks and in offices about the stories shared. We were all talking together—legal assistants, associates, paralegals, administrative leaders and staff, and partners. We had successfully set a baseline for the conversation of bias, and it made us realize together that we could do better.

The revelatory lesson for me was that in a very good, supportive environment, where we believe we treat each other with respect, it is easy to miss that the experience is not the same for all. It is easy to fail to recognize the hard issues that do exist. Beginning, and then deepening, the conversation about unconscious bias is an imperative for all of us, and a first step, but a meaningful one, to breaking down unspoken barriers and creating true inclusion.

So be a champion of dialogue. Don’t be afraid to delve in together, as women, as colleagues of color, as LGBTQ individuals, as men, as anything you hold dear that speaks to who you are. Talk about the unconscious bias we each bring to the table from all directions. If we open up and expand understanding one person at a time, we will be the change that we need in all of our respective organizations.

Do not let the need for change get lost in the often right belief that you work in a good place with good and decent colleagues. Both can be true.