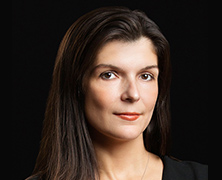 Do unto others as you’d have done to you.

The Power to Make the World a Better Place

The day I knew I wanted to become a lawyer was when I was watching Eyes on the Prize in a high school classroom in Marlboro, Massachusetts, where I was one of a handful of non-white students in my class and in Marlboro. The documentary, chronicling the Civil Rights Movement, left an indelible impression on me: it showed me people had the power to change laws to make the world a better place.

A pivotal moment for me was the film’s discussion of the landmark decision Brown v. Board of Education in which the U.S. Supreme Court held that segregated schools were unconstitutional. That decision ignited my passion for educational justice, as it caused me to reflect on the role of education in my life.

As an immigrant from Colombia whose parents cleaned houses, I attended college and law school alongside classmates who were born in America with economic and social advantages I never knew existed. It was then I realized that I was able to excel in college and law school, in part, because I had obtained a solid primary school education.

Ever since then, I have been a zealous advocate for educational justice. In law school, as an ACLU of Southern California extern, I worked on a lawsuit against the State of California for its failure to provide its students with a free and appropriate public education. And when I joined the private sector, advocating for educational justice and other civil liberties became the cornerstone of my pro bono practice, which continues to this day as a partner at Kasowitz Benson Torres LLP. With Kasowitz’s unwavering support, I have been able to build and maintain a robust public interest practice, while practicing corporate law. I handle cases advocating for access to a free and appropriate public education for special education students in New York City. I also represent individuals and families in proceedings against the Department of Education, handle class action work on behalf of students who are denied services or otherwise discriminated against, and engage in policy work to help improve accessibility, in addition to cases involving domestic violence, asylum, and sex-trafficking.

I recognize that I’m fortunate to be living the dream that Eyes on the Prize put in my heart decades ago. While I thought that I had to be a public interest lawyer to do that, the private bar has been and continues to be an instrumental, critical partner in remedying social injustices in our country. I am incredibly proud to be among the members of this community, fighting hard to enforce laws that help achieve educational equality and change those that do not—which will have a profound impact on students across the nation.