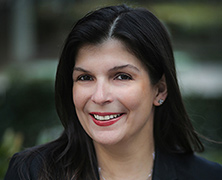 Do unto others as you’d have done to you.

My Year Abroad by Chang-Rae Lee

We Dared to Build a Different Kind of Law Firm

When I started my law career at a “Big Law” firm in New York City in 2001, I was the lone Latina in my year, and one of the only Latinas in a massive worldwide firm. I looked around and saw almost no Latina women in law firm partnerships anywhere in the city. Indeed, all minority groups were massively underrepresented in these ranks.

As I approach my 20th year of practicing law, I see that we have made some progress in diversifying our profession. There are many diverse attorneys in the associate ranks all over the city, providing firms with a richness of experience and culture that was so lacking when I started out. But I also notice that there is still so much more to be done. Latinas like me are still very much the exception, and not the rule, in the associate ranks—and certainly in law firm partnerships. Look around and you will see very few minority partners in major New York law firms, and almost no minority named partners. And so, as I approached my third decade in practice, I chose to be the change I wanted to see.

In February, six colleagues and I started our own law firm: Glenn Agre Bergman & Fuentes—a new kind of firm with a mandate of diversity, equity, and inclusion built into our DNA from the start. Three of our founding partners are women, one of us is a Latina, and that Latina has her name right on the door. As far as I know, this is unprecedented in Big Law.

Twenty years ago it would have meant the world to me to see someone like myself found a major New York City law firm. It would have meant there was a path to that particular success. Today, it means the world to me to be able to pave that way for others. We’ve been in business only a few months, and already I’ve had diverse attorneys comment on how happy it made them to see my Latina surname be part of the firm’s name. It makes me so proud to tell them that it is not just window dressing. At Glenn Agre Bergman & Fuentes, the values of diversity, equity, and inclusion drive every decision we make, from who we hire at every level, to which business development initiatives we support, to which vendors we patronize. We have dared to build a different kind of law firm. To quote a favorite line from Hamilton, I hope “tomorrow there’ll be more of us.”