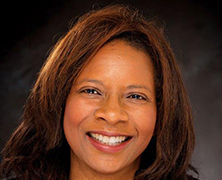 Executive’s Love of Math Began in the MESA Program

“Being a woman in my profession has been exciting as the telecommunications industry has led the way in transforming the way we connect with the world,” Noguera said.

Noguera says her current position is her biggest career leap to date because it required her to relocate from Los Angeles to Dallas. “Transition can be stressful, but I quickly adapted and overcame obstacles,” Noguera said.

As a child, growing up in a working class neighborhood of South Central Los Angeles, Noguera had only known a few people who had gone to college. Her window to the world opened when her parents enrolled her in the Mathematics Engineering Science Achievement (MESA) program. She spent weekends visiting colleges, meeting engineers and scientists, and working with hands-on math and science projects. “It taught me that it was ok to be an African-American woman who was brainy in math,” Noguera said. She went on to become a Riordan Fellow in 1995 and subsequently a mentor with the program.

Noguera began her career at Pacific Bell as an outside plant engineer. She’s worked her way up holding several managerial positions specializing in leading large teams toward successfully achieving strategic and financial objectives.

Noguera lives by the principle of doing what is right at all times. She’s also active in the community, serving as vice chairman of the board of directors for the Wescom Credit Union and as finance secretary for the Mt. Sinai Baptist Church of Los Angeles.