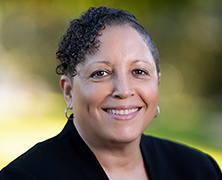 Give back more than you take.

White Fragility: Why It’s So Hard for White People to Talk About Racism by Robin DiAngelo

How I Made My Passion My Business

From the earliest moments in my career, it was clear that if I wanted to accomplish my dreams I was going to have to prove myself. I am an openly gay black woman. These immutable characteristics that make me who I am have frequently made me the subject of both intentional and unintentional bias.

I’ve worked in several different industries over the course of my career. I started my legal practice as a litigator at a firm in Phoenix, Arizona, and ultimately dreamt of merging my practice as an attorney with my passion for sports. I’d played sports at high levels my entire life, and I saw the power that inherently came with that kind of achievement.

I wanted to be in-house counsel for a pro sports team. I made the necessary changes to my career to stay my course and obtained a position as the first associate general counsel for the Phoenix Suns basketball team. This was my dream job!

After several years, I was promoted to vice president and associate general counsel. Then, I asked for and was given the opportunity to start the legal department for the Arizona Diamondbacks baseball team. I became the first vice president and general counsel. At the time, I was one of only three or four women to hold this position with a Major League Baseball club.

In 2020, I chaired the organization’s diversity, equity, and inclusion initiatives through D-backs for Change JEDI (Justice, Equity, Diversity & Inclusion) Council. This was a labor of love, and made my passion and ultimate purpose clear:

To work to balance the playing field and eliminate the ISMS from the workplace by effectuating authentic, systemic, and lasting organizational change with respect to diversity, equity, inclusion, and belonging.

What’s hidden in the depths of my story, are the mountains I had to move to make things happen for me. My goals and dreams did not just happen because of hard work and persistence. Those are qualities I never lacked. I also never lacked skill, competency, or knowledge. However, with every climb, men were hired and promoted based on their potential, while I, like many other women, had to prove myself in order to move up, sometimes asked to first accomplish tasks that weren’t required of my male counterparts.

At the beginning of my legal practice, I was often asked by white male opposing counsel to get them coffee when I entered a room based upon their assumption that I was support staff rather than a lawyer. I underwent job interviews where the interviewers asked inappropriate (and also, by the way, illegal) questions like, “Are you married?” or “Do you have children?”—I often wondered if my male counterparts got asked the same questions.

These types of bias, often unintentional and wholly unconscious, have followed me throughout my entire career. The only way to change them is to acknowledge that we have them and to care about other people enough to do something about them. Helping people do that is my dream job now.