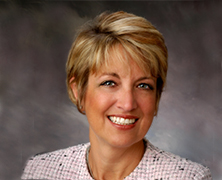 This SunTrust EVP Not Only Helps People Own Homes, She Helps Build Homes Too

Niki joined SunTrust in 2004, after working at other top national mortgage lenders for almost 15 years. She served as region and division manager before being named to her current national sales leadership role.

The best career advice she ever received, which defines her management style and client focus is this: “Nobody cares how much you know, until they know how much you care.” Her philosophy and commitment to her clients guided Niki’s sales channel to produce more than $8 billion in volume in 2014, and helped more than 30,000 individuals and families realize the dream of home ownership.

As the daughter of a single mother, Niki understands that things are not always easy–for anyone. She loves the feeling of accomplishment and success that comes with putting people in homes. Says Niki, “That’s especially true when a potential borrower has challenging circumstances and we’re able to help them.”

Leading a sales team through the recent financial crisis and the dramatic change in the housing finance industry was one of the most difficult career challenges she has faced. Helping that team navigate and understand those changes, and adapt to the “new and evolving normal,” is one of her most meaningful achievements.

Niki is active in the community, including her work with Making Strides/American Cancer Society, the American Heart Association, and Habitat for Humanity. She earned a BS Mass Communications from Virginia Commonwealth University in Richmond and an Executive MBA from Queens University in Charlotte, North Carolina.