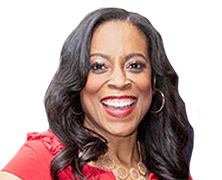 “To whom much is given; much is required” –Luke 12:48; I am blessed, so my goal in life is to try and help others whenever and wherever I can.

I’m frequently asked whether I believe minority women face more workplace bias than other groups. Based on my own experience, the stories of others, and the statistics on minority women in corporate executive roles, my answer has always been and continues to be yes. And here’s why:

Let’s start with the statistics. Fortune magazine indicated that African American women represent 8 percent of the workforce, but only 1.5 percent of senior leadership roles. Similarly, Hispanic women represent about 6 percent of the workforce and only 1.3 percent of senior leadership roles. An April 2016 Huffington Post article referred to this lack of minority women in executive roles as the “concrete ceiling.” Though similar to the glass ceiling we’re all familiar with, the concrete ceiling only applies to minority women and, as the name suggests, is much harder to penetrate.

What makes it difficult to break through the concrete ceiling? Several things, and here are a few:

I know these barriers are real because I’ve experienced them myself at different times in my career. Though I’ve felt frustrated by the stereotypes and lack of support, I’ve always vowed not to allow these types of impediments to hold me back. Instead of being suffocated by these challenges, I have sought out leaders who could see me, my skills, my talents, and my ambition—not just my gender or color. I feel blessed to have found great leaders who have ultimately helped me progress in my career. But, it hasn’t been easy. The concrete ceiling is very real; the good news is it can be penetrated!