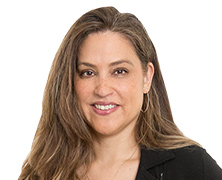 Conscious living, with an edge

The Art of Learning: An Inner Journey to Optimal Performace by Josh Waitzkin

I can’t remember whether it was Knott’s Berry Farm or Blockbuster Video, but I do remember I was paid $4.35/hour.

Make-a-Wish and my daughter’s girls school

Be Ready to Leap, Reinvent … and Show Your Grit

Many women of my generation were raised to believe they could do anything they wanted to; that we could “have it all.” It was only after graduate school I realized life was way more complicated. After law school, I started attending “women’s events” and the motto quickly shifted to, “You can do it all, just not at the same time.”

It was a tough realization, and only later did I realize what that meant—thanks in part to several hugely important individuals who have influenced and helped me along the way. Several related lessons stand out:

I realize I’m also supported by where I live. Of all the places I’ve seen, women in San Francisco are by far the most serious about advancing other women. The expression, “We are our own worst enemy,” is less prevalent here. And I’m immensely grateful to my friends, colleagues, and clients, who believe not only in what I can accomplish, but that my presence at the table enhances critical decision-making and the broader business environment.