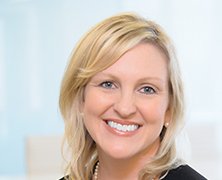 A principal with Fish & Richardson P.C., Arbaugh tries complex and often high-profile cases. Before reaching the age of 40, she was co-lead counsel on one of the largest fraud cases in Texas history. That effort took place over eight years and resulted in a $158 million settlement. The record-breaking case resulted in Fish & Richardson being named a Litigation Department of the Year finalist and contributed to Arbaugh being named a 2014 ‘Winning Woman’ by Texas Lawyer Magazine. Arbaugh also was a member on the trial team for the widely publicized insider trading case brought by the SEC against billionaire entrepreneur Mark Cuban. The jury cleared Cuban of any wrongdoing following trial, earning the firm’s litigation department a ranking among Texas’ best in 2014.

In a recent case, Arbaugh obtained sanctions against her opponents after methodically building a case to show that they falsified evidence, and committed perjury and fraud. Arbaugh obtained $38 million in trebled damages. In its opinion, the trial court judge stated, “Counsel’s skill and expertise has been evident throughout this litigation, and their performance under taxing circumstances has been impressive.”

Arbaugh describes her biggest career leap as her first trial serving as lead trial counsel. “I learned that being ‘lead’ at anything doesn’t mean you now have to go at it alone. Your mentors and role models still play an invaluable role.”

Arbaugh mentors women lawyers and is committed to bringing diversity to the legal profession. She leads the firm’s EMPOWER Women’s Initiative, which provides professional and business development opportunities, mentoring, training, and support to the women in the firm.  Her advice to other women is not to worry about how you are going to “do it all” in the future before “all” has even arrived. “Instead, just do it and figure it out as you go,” Arbaugh said. “Worrying about it will only stifle you and keep you from reaching your full potential.”

Arbaugh received her J.D. from Southern Methodist University Dedman School of Law and a B.A. from the University of Florida.

Words she lives by: Forgive easily, and don’t judge. “Everyone you meet is fighting a battle you know nothing about, so you should always seek to understand – and be kind.” On the other hand, Arbaugh said, “you can’t beat yourself up when you can’t make others happy. Some people will love you, others will hate you – don’t take either extreme to heart since it is likely none of it will have anything to do with you. Lead with authenticity and the rest will fall into place.”