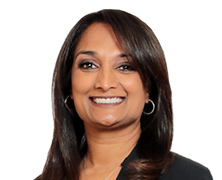 My personal philosophy begins and ends with kindness in all parts of life, not just with my family, but with my team and everyone around me.

How the Garcia Girls Lost Their Accents by Julia Alvarez

Cashier in a supermarket at age 14

The Possibility of Dreams

Role models in any form are critical for all human beings, but none more so than women. From an early age, women are taught to be a certain version of who the world wants them to be. If they dare to dip their toes outside those boundaries, they may get burned. That’s why women need other women, not only to provide strength, support, and a road map for a way forward, but also to be able to witness that their dreams are possible.

Their dreams can be achieved because there the role model stands—a living example doing what they’ve always hoped to do. So to have a powerful female role model is critical for a woman’s sanity. It steadies the ship when she sees someone doing what she wants to do—making it happen, enduring, surviving, and rising from the ashes. The presence of a role model feeds the soul.

On a personal level, it has been rare that I have found a female role model in my professional life. Most women that I have encountered are rarely giving of themselves to other women. Perhaps they see us as competition for the limited space available. I have found that as I grew professionally, I began to hide that part of my life from my girlfriends, as it seemed that my ambition was out of step with them. Countless times, when I took a step in a direction that was not the “traditional” norm, my actions were questioned by everyone, but especially by my female colleagues or friends. “Ambition” sometimes seems to be a dirty word among women.

These experiences could have made me bitter, but instead they have created a fire inside me to do better. I strive in my everyday experiences and interactions to be the role model I wish I had in my professional life. I strive to be encouraging, understanding, thoughtful, honest, and above all, kind to everyone I meet. I am hoping it will go viral.