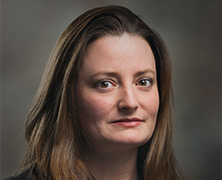 Treat others as I would like to be treated

Anything by Danielle Steel.

Keep Your Eye on the Prize—and Persevere

Growing up, I always wanted to be a police officer, nurse, or join the Canadian Armed Forces. In the end my true passion was law enforcement, and I began working towards achieving that goal. I attended a local community college, completed the Law and Security Program, and graduated in the early 1990s, at a time when very few police services were hiring.

In the mean time, I continued began taking night school classes and earning my sociology degree, while working full time. I also continued with my volunteer efforts, one of which was a volunteer search and rescue team known as O.V.E.R.T. However, I never lost my focus on becoming a police officer and kept working towards that goal.

When the police services began to hire in the late 1990’s I began applying to different services within the Greater Toronto Area. I was not successful at first, but through perseverance and hard work, I was hired in 1999 by the Durham Regional Police Service (DRPS). Upon completing my training, I was assigned to the North Division, where I would spend the next seven years.

While learning the duties of a front-line police officer, I was fortunate to attend several courses which assisted me in shaping my career into what it is today. In 2007, I was assigned to the Major Crimes Unit where I currently work and hold the rank of detective constable. In my 11 years with Major Crimes, I feel privileged to have been given the opportunity to work alongside brilliant investigators, who were generous with their time and knowledge. They taught me what I know today, and what I now pass on to others through mentorship, as it is my responsibility to do, being a 19-year veteran with the DRPS.

Having achieved the goal I set to become a police officer, I continue to set goals for myself in my career. I am privileged to work with some of the bravest men and women in this profession. I encourage you to do the same in following your dreams—set goals for yourself and achieve them. Although some doors may close in your face, others are just waiting for you to knock and walk through.

In parting, be proud of who you are, and remember where you came from and what you have accomplished along the way. Work hard, volunteer your time to others, and expect nothing in return.