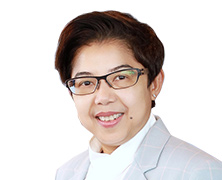 Dare to dream, and strive to make the dream come true.

Gender Equality Is Better for Everyone

Women’s role in the workplace has certainly come a long way in the last few decades. However, female leaders are still scarce and largely overlooked, when it comes to senior executive positions in the industry. Why is this? It’s most certainly not due to lack of expertise or intelligence—research has proven this—but more a result of traditional values and customs, outdated thinking, and obstacles that women have to face over their male counterparts.

One challenge is that more women than men end up taking a back seat in their jobs to raise a family. It shouldn’t be a case of kids or career, but women are often still left with this difficult decision and challenging balancing act.

The obstacles for female executives don’t exist just because of their individual choices. There are greater forces in play, ingrained in biases against female leaders who don’t fit the style of the people who led before them. The MeToo movement has helped to reveal the entrenched discrimination some face at work, but the prejudice and unconscious bias still remains.

Women leaders may also be held to higher standards and have often to prove themselves more than their male colleagues. This issue centers on the reluctance of women to self-promote or to ask for what we want. As the number of female leaders increases, this will hopefully become less of a barrier.

KTAXA takes diversity very seriously, and I’m immensely proud that our group CEO has recently signed the UN Global Compact’s Women’s Empowerment Principles, which are intended to improve gender parity. Overall, more organizations are taking action and putting structures and processes in place which support women who are aspiring to senior leadership roles. These include extended parental leave, leadership programs, and flexible work schedules. Women should position themselves to benefit from these diversity initiatives.

Although opportunities are certainly increasing, actual change will only come from addressing bias at a more fundamental level and changing a company’s culture and the way they think about female leaders. Investment in change is certainly worth the effort, as gender equality is better everyone—better for business, better for families, and better for our country—because the more diverse the pool, the more talented our leaders will be.