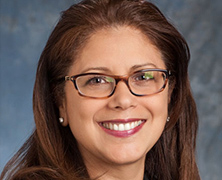 With a distinguished 35-year career in STEM, Miriam Soza had ventured into technology at a time when few women were pursing an engineering career. Early in her career, she was the minority and had to prove herself to gain respect. Over the years, she’s witnessed a significant change in how women are becoming more respected in her field.

Soza started her career as a software developer for the financial markets then evolved into management in the late 1980’s, where she encouraged, coached, and developed women in technology. Her first major role in technology was as a software developer at EF Hutton. There she worked with former United States Attorney General Judge Griffin monitoring check kiting practices. This created an opportunity for her to join a capital venture to develop a market data application for Wall Street brokers and account executives. As a founder of ILX Systems, she was instrumental in building an application that distinguished ILX Systems as a market leader in the equity space. She subsequently went on to head Merrill Lynch’s Architecture for Market Data and within five years was appointed the global head of market data. She was the first female to hold that position.

She went on to join ADP as its vice president of Global Network Services Operations, where she transformed the organization to the ITIL framework to better align infrastructure with business needs. She was promoted to the vice president for Distributed Data and now is the vice president of Client & Associate Engagement Technologies. Here she has established the strategic vision and roadmap to transform the service organization to a full digital experience. She is a member of the Women in Technology and Hispanic IT Executive Council.

In the words of Miriam Soza:

What can be done to move women forward in STEM?
“We need to remove the gender stereotype and promote STEM at an early age.”

How is the world changing with respect to STEM?
“Today, STEM is more respected. It is foundational and core of everything we do. STEM is a vital part of the world day today and enables innovation and advances.”

How can the world increase diversity in STEM fields?
“Those of us in this field need to promote STEM and share our experiences through forums and outreach programs in the elementary grades.”

What barriers are in the way to closing the gender gap in STEM?
“Gender-bias and stereo type – the lack of coaching women into the STEM field in schools and universities.”

Where do you see women in STEM in five years?
“Due to the recent emphasis on promoting women in STEM, I expect more women in this in leadership.”