Mio Tanaka •  The Bank of Tokyo 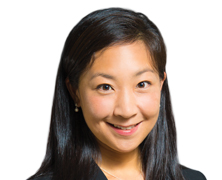 The Bank of Tokyo

Be confident but don’t overlook the value of humility.

Diversity was important in my life even as a child: Growing up and attending public school in New York City embodies the full spectrum of ethnic and cultural pluralism. Imagine learning English for the first time in kindergarten, in a class of children with various backgrounds and upbringings. Until then, I had only had Japanese-speaking friends. Fortunately, this exposure happened at an age when my mind was like a sponge and everything was an exciting learning event. My best friend was Hispanic and black, and I thought nothing of racial differences all through kindergarten and first grade, until that day in class when we learned about Martin Luther King, Jr. After the shocking revelation that people of different color were treated differently, I nevertheless began to see and understand that diversity exists, and that it is an inherent aspect of our society.

It’s what we make of diversity that matters. We are able to develop creative ideas because there are different, contrasting approaches to solving problems. Fundamental to this process is tolerance. Despite the expectations for a Japanese woman to remain submissive in an Asian culture that is stereotypically rigid and set in traditional ways, I’ve learned that, in business, I need to speak up and voice new ideas. This was particularly important in my position as a Japanese woman in corporate America. In Japan, it’s still widely accepted that women stop working after marriage, but that was not what I wanted. I learned from my mentors how to detach myself from such stereotypes.

Today, I help raise capital for my employer’s clients. I am a professional on the Loan Syndications desk in the Americas region of the largest Japanese bank, one of the largest banks in the world—a place where my bilingual fluency has served me well. I’ve helped raise billions of dollars for the bank’s clients, linking investors from around the world to borrowers in the United States. Over the past several years I have led the effort to raise funds in the Japanese regional bank market for several large U.S. corporations, helping them diversify their capital sources. I often accompany those prominent customers to Japan to arrange road shows in anticipation of their capital-raising needs.

My accomplishments are based on leveraging the skillset that my unique background brings. Understand your differences and capitalize on them.

Surviving engineering studies was not easy. Completing the curriculum not only gave me a meaningful sense of accomplishment, but a level of confidence to undertake anything new.

What does it take to succeed and stay competitive in your position/field?
Be flexible and keep learning.