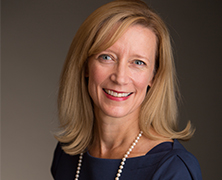 “The Road to Character” by David Brooks

This Alcoa VP Plays a Leading Role on the Global Stage

Since 2012, Michelle O’Neill has served as Alcoa’s top government relations executive based in Washington, DC. She plays a leading role in complex business transactions, including power negotiations in Canada, assets sales in Jamaica and Suriname, and support for major U.S. investments.

Before joining the Alcoa team, Michelle served as Deputy Under-Secretary of Commerce for International Trade for seven years, overseeing the daily operations of the International Trade Administration (ITA), whose mandate is to promote the competitiveness of U.S. businesses at home and abroad. In this capacity, she managed an annual budget of $500 million and led more than 2,200 employees worldwide. Over the course of her ITA career, Michelle served in every major operating unit of the organization, including Deputy Assistant Secretary for Information Technology Industries, where she established the U.S. government’s first Office of Electronic Commerce, and Commercial Attaché to the U.S. Mission to the Organization for Economic Cooperation and Development in Paris.

Throughout her career, Michelle has been active on critical trade and commercial issues affecting the U.S. economy, ranging from addressing market access barriers for U.S. firms in China, Russia, and Europe to helping companies across the country expand their export markets. She has received many awards and recognitions.

“My biggest career leap was my move from managing a handful of people to a staff of more than 40,” says Michele. “My boss at the time took a risk; I learned from it do the same.”

Michelle has also been an advocate for the homeless and underserved in the DC area through her work with Holy Trinity Catholic Church, Christ House, and Bread Inc. Her devotion to her family and community, and her ability to achieve both professional and personal goals is truly inspiring.

A member of the Carlton Club, the Aluminum Association’s board of directors, and the board of Bread Inc., Michelle earned a bachelor’s degree from Sweet Briar College and a master’s from the LBJ School of Public Affairs at the University of Texas.

The most important quality a woman leader should have is
…authenticity.

The career advice I’d give my former self:
Slow down, change takes time

The one thing I’d do differently in my career, knowing what I know now, is…
…keep up my foreign language ability

When I really need to focus on a project, I…
…turn off all the noise

My biggest career leap (and what I learned from it) was…
…my move from managing a handful of people to a staff of more than 40; my boss at the time took a risk – always reminds me to do the same.

Being a woman in my profession has been…
…exciting, challenging and at times, frustrating

I’ve learned that failure is…
…an opportunity

I maintain a healthy personal life by…
…working out regularly, staying close to family and friends, being involved in my community

I knew my present career was what I wanted to do when…
…when it allowed a girl from a small town in upstate NY to see the world, serve my country and help US companies compete globally.