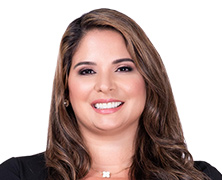 Life gives in chapters, take each one as it comes and make your own story.

How To Listen So People Will Talk: Build Stronger Communication and Deeper Connections by Betty Harling

As a Hispanic woman in the workforce for more than twenty years, my biggest take away has been this: experience shapes perspective. With my Hispanic roots, I’ve realized that Hispanic communities lack a broader, unified identity, both in and outside the workplace, like a brand. Despite occupying 18 percent of the U.S. population, what it means to be Hispanic remains a vague notion at best. So often, people fail to see the vast cultural diversity within our community.

By embracing, highlighting, and sharing our unique identities, we will shape a more collective identity and community overall. Likewise, identifying and cultivating diverse communities in our workplaces will greatly increase our opportunities for growth and change. There is certainly strength in numbers. Until we come together, we will continue to be outpaced—and defined—by the patriarchal and historical majority, which seems to be at the helm of socioeconomic power and influence almost everywhere.

However, coming together is only the starting point. The next, and most critical, step relies on each of us investing in ourselves. A community is only as strong as the individuals it is composed of. That means we need to focus on developing the individual talents and skill sets that will set us apart from the crowd. We don’t need handouts to level the playing field. Education, opportunity, experience, and self-investment are what we need. Because when you’re one of the best at whatever you do, you’re valuable and needed. You don’t demand—you earn.

While we can’t change history, we can stop it from repeating itself. Instead of endeavoring to break down patriarchal structures, we should endeavor to break into them and create new, more inclusive ones. By gaining seats in the figurative patriarchal boardroom, we can begin reclaiming power for ourselves and our communities. The key to breaking in is offering something they do not already have.

How can you distinguish yourself? Earn it. Work relentlessly. Realize you are not the only one fighting this fight. Make yourself better, smarter, and tougher than the rest. Don’t adopt the victim role, even though there may be times it feels justified. Face adversity head on. Let it remind you why you have chosen to become a master of your pursuits. Turn it into fuel: a source of strength, determination, and conviction—fill in the blanks as you go. And once you do secure a boardroom seat, realize all you have done was just a warm-up. Professional success is like paying rent; if you stop paying, you’re out and someone else is in. It’s the circle of life in business.

People ask, “Are you Mexican, Colombian, Italian?” “A foreigner?” I’m none. I am multicultural, far more than just bicultural. I’m a whole lot of woman, a little Latin, a little Hispanic, ancestrally European, but also very much American, born and raised. Being American is…well, that’s for the next piece.

Author’s note: I use the term Hispanic rather than Latinx (realizing they aren’t interchangeable) because it more broadly denotes an inclusive Spanish-speaking culture and avoids any adherence to geography.