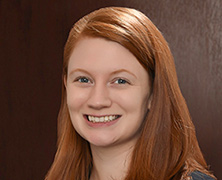 Be generous with everyone, including yourself.

The Future Is History by Masha Gessen

Baseball, fantasy novels, and tending to my growing vegetable garden

It Doesn’t Mean They Don’t Belong

I spent most of my first year of law school convinced I did not belong there. My peers seemed worldly and well-connected. I had spent little time outside of my hometown in Oklahoma and was still trying to master the basics of surviving in New York City. When the time came for my school’s on-campus interviewing event for law firm jobs, I was terrified that all of my interviewers would immediately know I was an outsider.

After a long day of meeting with attorneys from various firms, I walked into one of my last interviews— with a firm I was certain was out of my league. Nervous and flustered, I sat down in the chair facing my interviewer and the first words out of my mouth were, “I’m not sure I really have the grades for this firm.” My interviewer looked at me, puzzled, then picked up my transcript and scanned it while I sat in quiet embarrassment. “Well,” he said, “you do. Never go into an interview and say you don’t think you’re qualified. Would you like to start again?” I said yes, and we continued on. Later that day, I received a voicemail from him telling me that—despite my efforts to convince him otherwise—he wanted to invite me back for a second round of interviews.

The advice my interviewer gave me was valuable, and his reassurance was appreciated. But his example was far more important. After interviewing dozens of candidates that day, he could have easily written me off, noted “not confident” on his evaluation form, and moved on to the next person. Instead, he looked past my interviewing faux pas—recognizing that it was likely the result of my background and not a reflection on my abilities—and put in the effort to meet me where I was and assess me as a whole person.

Now that I am more often on the interviewing side of the table, I think about his example often. Some candidates have not gone to the best schools. They may not have any lawyers or other professionals in their families. They may lack the poise and self-assurance that comes from knowing they belong in this profession. That does not mean they don’t belong. If the legal community truly wants to diversify its ranks, then we must constantly evaluate our own methodologies to correct for individual and institutional biases that disadvantage these candidates. We must consider whether the interviewing techniques we rely on give all applicants the opportunity to demonstrate their strengths. And we must be honest with ourselves and others when we fall short. These are critical first steps towards achieving our diversity and inclusion goals.