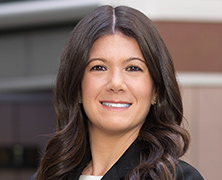 Stop waiting for the right moment. Make the moment right.

Kids in Need of Defense

Figuring Out the Confidence Challenge

Five years ago, I attended an event at Robins Kaplan LLP where a panel of very successful female attorneys spoke about their careers. One woman on the panel, a very high-ranking executive at a Fortune 500 company, said, “I go to work every day wondering when someone is going to figure out that I don’t actually know what I’m doing.” She was joking. But, not really.

I’ll never forget that moment because I was sitting there thinking, “Me too!” I looked around the room to see if this registered with anyone else. I thought I was the only one who felt this way—it was my dirty little secret. Turns out that I am not the only one, and in fact, there is an actual name for what I was feeling. (And, here I was thinking I was so unique).

In 1978, Pauline Rose Clance and Suzanne Imes published “The Imposter Phenomenon in High Achieving Women: Dynamics and Therapeutic Intervention,” a study showing how professional women often believe that they don’t deserve their jobs, and instead see themselves as “imposters” in constant fear of being outed. This is also referred to as the “female confidence challenge,” which is the idea that women often underestimate their qualifications and abilities. There has been much written on this topic, and the underlying causes of it. I’ve read a lot of it, but I’m nowhere closer to having any answers.

But, here is what I do know, and what I tell junior female attorneys who are just starting their careers: you do know what you’re doing. You wouldn’t have made it this far if you didn’t. Some days will be better than others. Sometimes you won’t have all of the answers, but you’ll figure it out. Part of figuring it out might entail failing, and then learning from that failure. But, the best part about that is you don’t need confidence to do it.

We obsess over confidence, but confidence is overrated. Don’t be confident, be brave. Know your limitations while pushing your limits. Ask questions, but don’t be afraid to answer the ones you know. Observe, but remember to speak up. Be a diplomat, while being an advocate. Say yes, but know when to say no. Learn, but don’t be afraid to teach. Succeed, but also fail. Stress, but know that it will be okay. Confused yet? Don’t worry, you’ll figure it out.