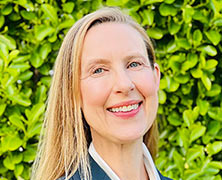 My family, our rescue beagle, Chip, and our wildflower garden

We can carve out our own paths that align with our own values and priorities.

Summer intern at the public library

Lack of awareness (or the perception that the gender gap is a thing of the past) is one barrier, but it can be overcome with evidence. Organizations interested in advancing and retaining women in STEM can collect and learn from data on hiring, compensation, promotion, and attrition within their company. If disparities are identified, they need to be resolved directly. This is a second barrier: many organizations take a “fix the women” approach to a gender gap within their ranks, offering coaching, leadership courses, or public-speaking training to women, rather than addressing the underlying systemic and structural issues.

But a 2018 study comparing company programs intended to engage women in STEM found that the intervention that was most effective in advancing and retaining women was a commitment to pay equity. To me, this study speaks volumes: fair compensation should be a baseline expectation, not an “intervention.” It’s what women want and deserve. Fix that before anything else.

Moving women forward in STEM is really about creating a working environment where women want to stay. An analysis of the primary reasons that women with STEM degrees took jobs outside their field showed that, while family responsibilities ranked high, other factors including pay, promotion, and working conditions, contributed significantly to their decisions. Collecting and analyzing organizational metrics is one way for companies to find workplace issues in need of correction. Beyond that, I would encourage organizations to listen to what women in STEM are saying about their experiences at work: are they receiving the same opportunities for visibility on projects, the same recognition for accomplishments, the same resources and support as their peers?

Bias, discrimination, harassment, hostility, and microaggressions in the workplace all contribute to a culture in which qualified, competent women in STEM can become disillusioned and discouraged. The cost of turning a blind eye to a toxic culture will be the continued loss of talented women in STEM from these organizations.

I’ve worked as a scientist in the pharmaceutical industry for nearly 20 years, and change has come slowly over that time. But some recent examples of positive developments I’ve noticed include a dedicated nursing room for mothers at a national scientific conference, and commitments from conference organizers to avoid “manels.” Similarly, several prominent scientific and medical journals have committed to a minimum 50 percent female members on their editorial advisory boards, and to increasing gender diversity in peer reviewers. These are small but important steps towards making women feel more welcome in these spaces. However, we’re still far from where we need to be in terms of gender pay equity and representation in leadership. In five years, I hope we’ve made greater progress towards equality on those measures.