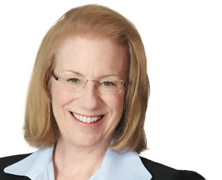 My schools and various organizations that support health

I grew up outside Hartford, Connecticut, which for some time had been widely regarded as the insurance capital of the world. But growing up in the backyard of some of the world’s premier insurance companies had nothing to do with my decision to pursue a career in the insurance business.

More important was the influence of my father, who was a senior executive in heavy manufacturing. My father hosted many business dinners in our home. He was a very attentive host and he instilled in me a lesson that remains foremost in my mind today: that it is crucial to pay attention to your customers.

My first job after college was in Philadelphia at the Life Insurance Company of North America, where I started in employee benefit claims. Later I moved back to Connecticut and joined The Hartford Insurance Company in the marketing department. There I learned about the importance and complexity of mentoring.

At The Hartford, I worked for a manager who I don’t believe thought very much of my abilities at first, but who later became a significant mentor. His faith in me and his support of my career helped me get hired in the company’s male-dominated marketing department.

Why sales? It was a field that always appealed to me because I had always been fascinated by interpersonal relationships and what motivates people. There is both a science and an art to it. I wasn’t deterred by the scarcity of women in marketing jobs. I treated that as a non-issue and kept focused on what interested me.

The encouragement of my manager inspired me to mentor others today. When someone asks me to mentor them, I have just one caveat: they accept responsibility for their own fate. I will provide motivation and support, but I will not make career decisions for them or intervene to accelerate their career.

Today the insurance industry offers great opportunities for women. They have the opportunity to be in executive leadership roles, managers with significant business responsibilities, or successful financial advisors. I am proud to say that many executives whom I have mentored over the years at other companies, both men and women, are now colleagues of mine at Guardian with successful careers.